I’m coming back to you(video clip) 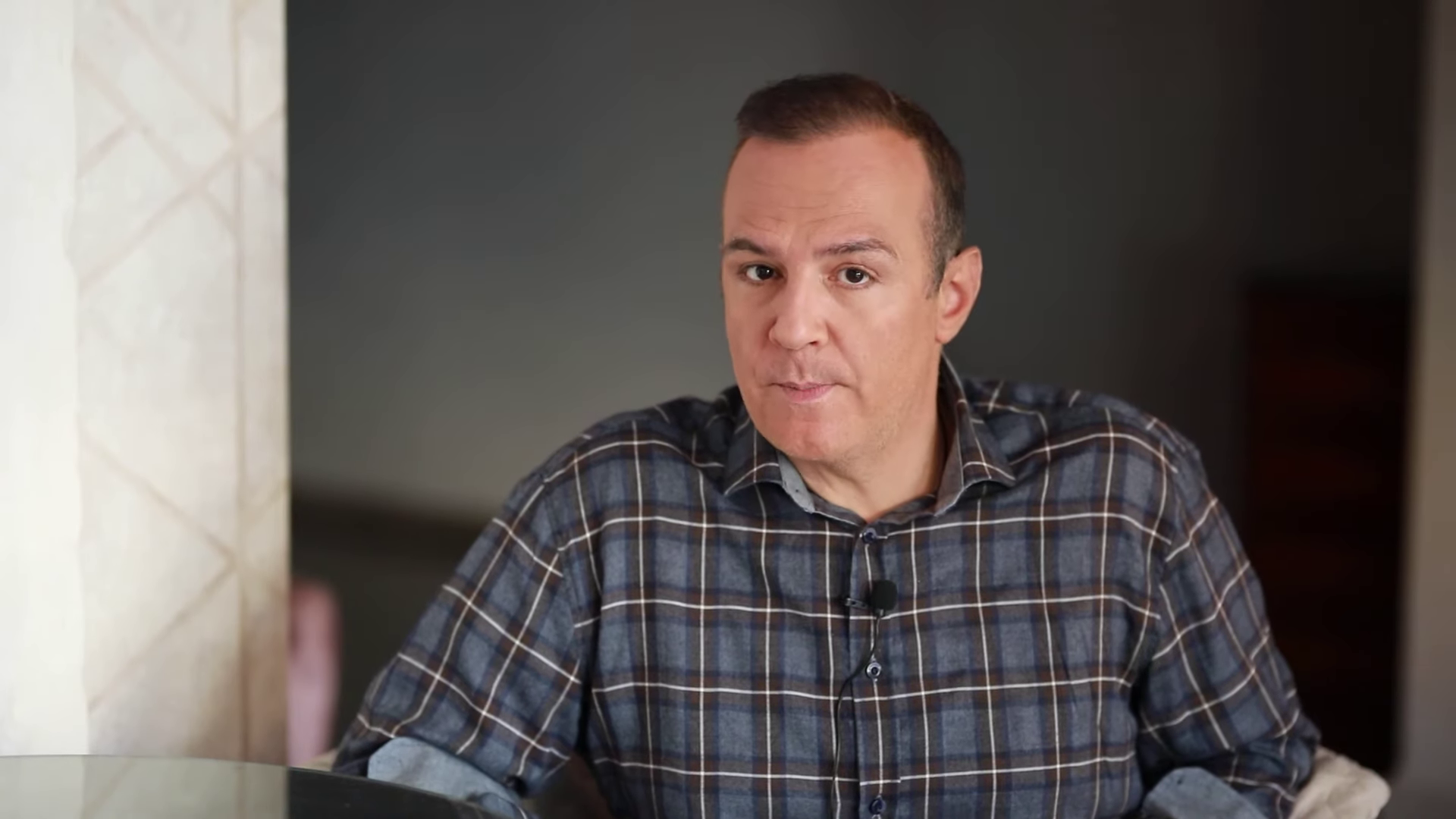 Yiotis Fotiadis: He Gave An Interview To Newspistol Tv And Presented His New Single!

I’m coming back to you(video clip)

Yiotis Fotiadis: He Gave An Interview To Newspistol Tv And Presented His New Single! 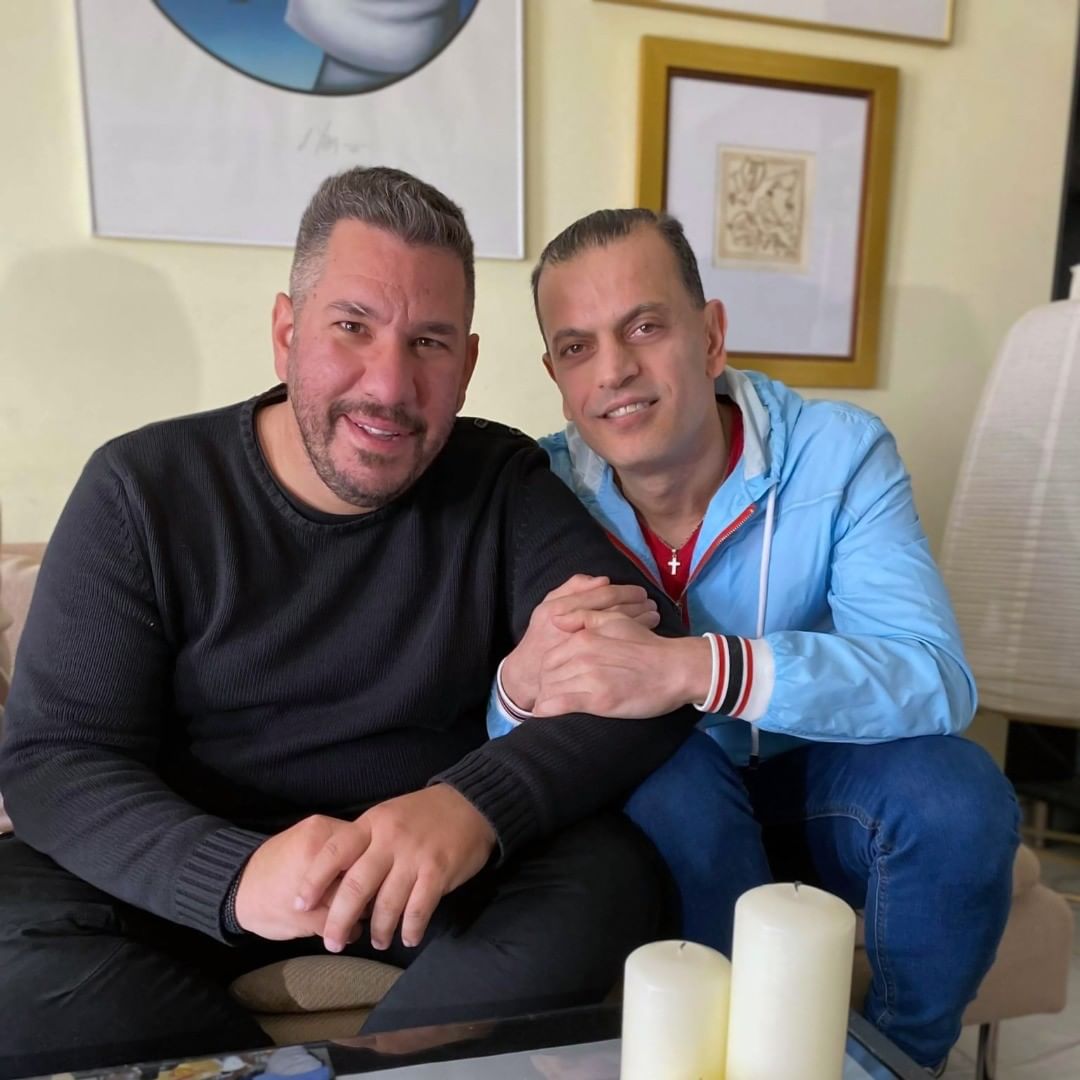 Shock confession from a singer on Newspistol Tv: “When I feel ready I will speak and I will not be afraid”!

I’m coming back to you(video clip)
Υiotis Fotiadis gives an interview to Costas Minaretzis and talks about truths in the show biz that someones don’t like
Yiotis Fotiadis: He Gave An Interview To Newspistol Tv And Presented His New Single!
Shock confession from a singer on Newspistol Tv: “When I feel ready I will speak and I will not be afraid”!
Yiotis Fotiadis-Welcome to my official web site+youtube channel+facebook profile
LP NIHTA TROMOU 1.-platforms
GENERAL MUSIC-RELOAD STORES
SBZsystems

Panayiotis Fotiadis known as Yiotis Fotiadis was born in Krnov of Czech Republic on December 9, 1978 and he is a singer and alto saxophone player. He was a former student of the Athens National Conservatory and current student oh the Athens Attic Conservatory in order to obtain the degree and diploma of  the alto sax soloist. He is also a songmaker, known through his own creations, various revisions and remakes of greek and international music scene. Yiotis Fotiadis has the unique charisma of singing almost all types of songs in greek and in english with the same ease in a manner absolutely personal. He is a supporter of the melodiousness in the songs, he expresses love, social issues and sometimes patriotism with passion via a personal way, having the talent of the great greek and international singers of all time.

He came to Greece with his parents and his brother Costas, in 1983. He was settled temporarily  in Thessaloniki and one year later in Athens permanently. He grew up in Kallithea and his parents worked hard so as not to miss anything both Yiotis and his younger brother. Yiotis from the age of five had appealed to music and so his parents bought him a good  harmonium on which he played the first melodies that caught by the ear. He was not singing yet, but music was for him something very important. On the other hand he had a special inclination in football and his father in 1984 organized and created the football academy of Kallithea and was later coach of the amateurish and men’s  team.Yiotis dealt with football seriously at the age of 12 up to 17 years old. But when he felt  in his soul the singing, nothing else was so important for him. Since then for Yiotis, singing was  his great passion and a life dream.

Since school, namely from high school, teachers and classmates asked him to sing in class even during the course. They liked his voice and he never was losing an opportunity. They called him singer and he liked it very much.

At 16 he enrolled in music school, starting bouzouki and guitar leaving behind forever the harmonium. But the singing was what it was giving to him the main stimulus and he imagined to singing for the people his songs and of other creators as well.

In 1990 he participated in a musical show organized  by his music school and sang with his guitar songs of Elvis Presley, Beatles and other internatonal artists thrilling about 600 people that were at the municipal theater of Kallithea.

That year he began theoretical studies in the National Conservatory of Athens, which he stopped two years after because of the military service. He classified in Kilkis and dismissed from Limnos having participated in several musical events in the military units that he served.

Yiotis wrote his first song in the army and the title of the song was ”Μia nihta” namely ”One night” because the night for Yiotis is a great source of inspiration. So, slowly he started his musical and singing journey, making the singing and music his greatest goal.

He began his singing career at the age of 18 years in the music scene ”Akrorion” in Prophet Elias of Piraeus in 1995. That year he continued his studies at the National Conservatory of Athens but he didn’t complete them. The next year, in 1996, he completed his first LP entitled ”Mia nihta” namely ”One night ” from his homonymous first song with music and lyrics of  him which was released several years after by the  record company My Records. In  this LP  he made his first revision of the  international success ” La solitudine ” by Laura Pausini with the title  ”Hamena onira” namely  ”Lost dreams ” and he also made his first remake of  the song ” Heaven ” by Bryan Adams. In 1998 he released his first EP with three songs with the title ”Kolonia” namely ”Cologne” by Spot music with his music and  by Vangelis Papadopoulos and lyrics by Vangelis Papadopoulos , and also his first same-tilted video clip  was released in this year.

Several collaborations followed with renowned artists and performances in various music scenes,  in Hadrian’s in Plaka (1996), at the former ”Ano Kato” in Acharnon with Giannis Vasileiou (1998), in a concert at Zappeion with Panos Kiamos and Athena Chaikali (1999), at the ”Piragua” in Alexandra Avenue (2000), where through his acquaintance with the famous composer Kostis Gregoriou, he participated in extra performances outdoors in Preveza with memorable Poly Panou and insurmountable Spiros Zagoraios (2000).

In the decade 2000-2010 because of his great love for singing and music, he set a target to be as better as possible on singing of greek and english songs and he also started learning folk clarinet with the great clarinetist Makis Vassiliadis in 2003 for four years but eventually he prefered the alto saxophone which is the second great love of him after singing. He plays alto saxophone since 2007.

In 2006 he re-entered the studio and preparing his second LP entitled ”You are a bright lighthouse” from the homonymous song of the LP, through which Greece praised via the song with patriotic mood. The LP is versatile as it contains various kinds of songs such as zeibekika, tsiftetelia, ballads and dancing songs. The LP released in 2010 by  My Records with the homonymous video clip which was presented for the first time in the show of Maria Bekatorou ”Without taboo” in 2011. After this LP, Yiotis released the LP ”One night” which was completed in 1996 with his first songs and this LP has for him a special  sentimental value. He re-released the EP ”Cologne” and he released the LP ”11 Christmas songs by Yiotis Fotiadis” with 11 classic Christmas songs in greek and in english.

After the release of his last CD, Yiotis was singing with various bands in clubs of Psirri and in 2011 his record company finally closed and Yiotis moved to the known FM Records. In 2015  FM Records released the LP ”Kano ego tin arhi” in pop-rock style with two revisions of the songs “Touch me ” and ” Billie Jean ” by Samantha Fox and Michael Jackson respectively. He also made a remake of the song ”The show must go on ” with Freddie Mercury and his  pops and rocks are equally highly revealing  together with a prophetic song …

In January it was released and distributed, by GENERAL MUSIC at the record store Reload Stores Akadimias 81 and online, the 6th CD of Yiotis entitled ”Nihta tromou 1.” namely” “Night of  horror 1.” with songs of fire, stand out: ”Meta to tilefonima” sou namely ”After your phone call”, ”Harisma theou ehi” namely ”She has the charisma of God”, ”Nihta tromou” namely ”Night of terror” , ”Agapi kalokerini” namely ”Summer love” and more …

In the summer of 2021, the video clip ”I’m coming back to you” released by NEXT RECORDS and Mr. Giorgos Spanos, a duet song with passion and love, a collaboration of Yiotis with the very good singer Evie Rozaki and the song has many listeners who have embraced it…

I’M COMING BACK TO YOU